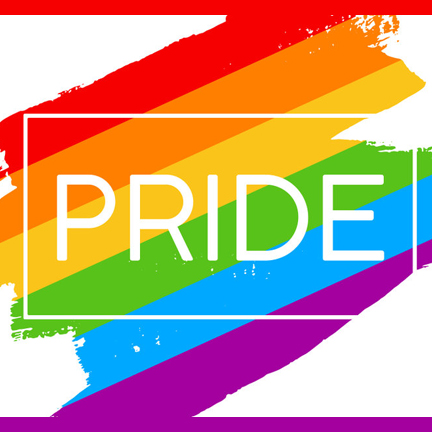 Issues surrounding gender identity have increasingly become major topics in the news and often in families. The words that are used and the concepts behind them can often add a layer of confusion if they're not understood.

It's important to communicate with people respectfully and accurately and to do that, a common understanding of gender identity and sexual orientation terms is essential. With the Twin Cities Pride Festival on July 17 and 18, it's a good time to think about how we address other people.

I have prepared this glossary to help define the terms and how they are used.

Sex assigned at birth: Classification of an infant at birth as either male or female. Infants born with ambiguous genitalia are usually assigned a gender by parents or physicians

Gender: Gender refers to the psychological, behavioral, social, and cultural aspects of being male or female (ie, masculinity or femininity)

Gender identity: Refers to a person’s innermost concept of self as a man, woman, a blend of both, or neither. Gender identity can be the same or different from one’s sex assigned at birth.

Gender dysphoria: Discomfort or distress caused by when there is a discrepancy between a person’s gender identity and that person’s sex assigned at birth

Cisgender: Having a gender identity that aligns with the sex assigned to them at birth

Androgynous: Identifying or presenting as neither distinguishably masculine or feminine

Transgender: Having a gender identity and/or expression that is different from their sex assigned at birth

Transition: The process of when a person begins living as the gender with which they identify instead of as the sex they were assigned at birth. Often includes changing one’s first name, and dressing and grooming differently. May also include medical and legal aspects, such as taking hormones or having surgery, or changing documents (such as driver’s license) to reflect one’s gender identity. Transitioning is a complex process that occurs over a period of time

Gender non-conforming: A term referring to people who do not behave in a way that conforms to the traditional expectations of their gender

Gender fluid: A person who does not identify with a fixed gender; expression of identity can shift or change depending upon context

Binary: A system of viewing gender consisting solely of two identities and sexes: man and woman, or male and female

Non-binary: Any gender that falls outside of the binary system of male/female or man/woman

Gender identity and sexual orientation are not the same thing!

Homosexual/Gay: A person who is emotionally, physically, or romantically attracted to some other people of the same gender

Heterosexual/Straight: a person who is emotionally, physically, or romantically attracted to some other people of another gender

Heterosexism/Homophobia: Prejudice and/or discrimination against people who are perceived to be lesbian, gay, bisexual, transgender or queer (LGBTQ). While homophobia describes a blatant fear or hatred of LGBTQ people, heterosexism is a broader term used to describe attitudes and behaviors based on the belief that heterosexuality is the norm

Lesbian: A woman who is attracted to some other women

Bisexual: Attracted to some members of more than one gender

Asexual: A person who does not experience sexual attraction, but may experience other forms of attraction (emotional, intellectual)

Pansexual: A person who is attracted to some people, regardless of that person’s gender identity or biological sex

Queer: An umbrella term used to describe a sexual orientation, gender identity, or gender expression that does not conform to dominant societal norms

Questioning: People who are in the process of understanding and exploring their sexual orientation or gender identity

LGBTQ: Acronym that groups lesbian, gay, bisexual, transgender, and queer/questioning individuals into one group based on their common experience as targets of heterosexism/homophobia, and their common struggle for sexual and gender freedom

About the author: Dr. Jackie Mahan

Dr. Mahan is great at listening. She just is. She has an intense desire to understand her patients, address their concerns and questions, and empathize with their experiences. It's clear she respects other people and listens without judgement. Because of her ability to really listen, she is great at solving problems and finding answers. It makes her such a good doctor.

If you are interested in booking an appointment with Dr. Mahan, call Minnesota Women's Care at 651-600-3035 or click Book Now.

Our Blog:
All The Things You Need To Know

Our New Family Medicine Physicians
Eating Mindfully Throughout The Holidays
Exercise & Nutrition: The Dynamic Duo
Finding Your New Normal ... Coping with IC
The Forgotten Treatment for Vaginitis
Can anything be done about painful sex?
How Do You Beat The Heat? Hydration!
Dieting ... Such a Vicious Cycle
What is PCOS – Polycystic Ovary Syndrome?
Celebrating Pride: Enhance Your Understanding
Why Am I Hearing So Much About Pelvic Floor Disorders?
Can You Manage Urinary Incontinence Without Surgery?
How Do Menstrual Cups Work?
Important Signs and Symptoms of Ovarian Cysts
Strengthen Your Pelvic Floor with These 4 Exercises
What Food and Drinks Should You Avoid During Pregnancy?
Does Endometriosis Go Away After Menopause?
Before you have a hysterectomy, read this
Award Winners
In The News
What are 3D Mammograms? Are they better?
Searchable Topics on our Blog